Scalar Energy and EMF – What You Need To Know

WHAT IS SCALAR ENERGY?

Scalar energy is considered, by the relatively (and shockingly) few who know it exists, as potentially the greatest discovery in the history of science.  Mostly referred to by the term “scalar fields” or “scalar energy”, other terms used to describe this property of the universe are information fields, longitudinal waves, zero-point energy, tachyon, orgone, radiant energy, gravitic waves, quintessence, standing waves, and Tesla fields.  The subject of scalar ties intimately into quantum mechanics and quantum field theory.

Scalar fields exist as the informational/non-physical component of all matter, but in this article we will be discussing them mainly in relation to electromagnetic fields (EMFs).  Every EM wave has a component called the transverse wave, and another component called the longitudinal (scalar) wave.

Transverse waves are the part of the EMF that can be measured by meters, because they exist fully in 3-space (three-dimensional space) and are easily measurable.  The term transverse refers to the up-and-down, oscillating motion of this wave moving through 3D space.  They are also called Hertzian waves, and produce measurable frequencies.  Transverse waves are what are currently being used in electricity and telecommunications, since they were more easily detectable and quantifiable to early scientists and electrical engineers.

The longitudinal (scalar) component of the EM wave does not exist normally in 3-space.  It moves along the axis of time itself, the 4th dimension.  This sounds mysterious and may be hard to understand without delving deeply into quantum mechanics, but time is considered to be simply compressed energy, compressed by the factor of the speed of light squared.  Scalar waves are superluminal, which means they move faster than the speed of light, because they are unbounded by the limitations of 3D space.  Also, since they don’t exist in the third dimension in the same way that matter does, they move through the empty space between all matter.  They are not limited or blocked by physical obstructions in space, like transverse EM waves are.

Although scalar fields cannot be detected by a standard meter, they are readily picked up by living organisms.  All living things produce their own scalar energy (called bio-scalar), and are sensitive to scalar energy in their environment.  The Earth is constantly producing a variety of ever-changing scalar fields, which our bodies have evolved with.

Contrary to seemingly prevalent beliefs in the inherent goodness of scalar, scalar fields aren’t good or bad.  Their healing and constructive effects, or destructive effects, depends on how they are produced, exactly what information is being carried by the scalar component, and the coherent or incoherent fields that can be used for either harmonizing or destructive purposes. 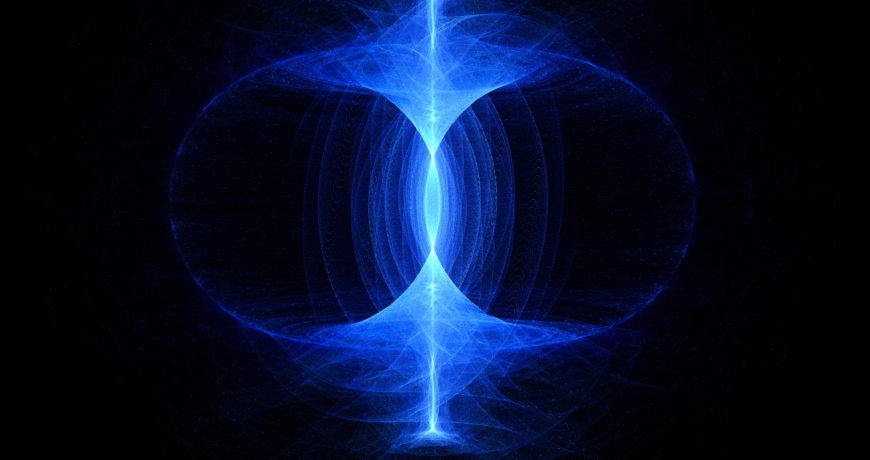 THE HISTORY OF SCALAR ENERGY IN SCIENCE AND ELECTROMAGNETICS

The first time in recorded history that scalar was described was by Scottish scientist James Clerk Maxwell, in the mid 1800’s.  His first equations describing electric and magnetic fields also accounted for a scalar component.  His linking of electricity and magnetism in his equations formed the basis of modern physics, and also presented the theoretical possibility of scalar energy.  As Maxwell’s electromagnetic concepts were further developed by early scientists (including Heinrich Hertz), the scalar theory was disregarded as “too mystical” and physically unmanifest, and therefore ineffectual.  This couldn’t be further from the truth, but it took half a century longer to begin to discover the true power of scalar.

By 1904, Tesla had developed transmitters to move scalar energy back and forth while bypassing time and space with no need for wires, as it would simply materialize from one place to another through hyperspace.  Unfortunately, he never received funding to continue his research to develop scalar technology enough to replace current forms of electricity.  It is widely believed that Tesla never received funding because his discoveries were a threat to the profits of the huge energy industries of the time. Tesla had found a way to do what these industries were doing, but far better, faster, and with less expense to the consumer, because they didn’t require the use of oil, coal or even wires.

Tesla even discovered a way to use scalar to create a “superweapon”, which was called a “death ray” (or peace ray) by the press at that time.  Many people, including ex-military, say that these weapons have been built in secrecy by various governments since Tesla’s death, and that Tesla’s scalar became the basis for modern Directed-Energy Weapon (DEW) technology that can destroy undetected from a long distance using charged particle beams sourced only from energy in free air.

The implications of continuing to develop scalar field theory and its practical applications could dramatically change the course of the world and society.  Possibilities for the beneficial use of scalar energy include:

If you understand that scalar fields aren’t inherently good or bad, you can develop a deeper understanding of the nuances of scalar.  Every electromagnetic field has a scalar component, which carries the information this particular field is generating.  As stated earlier, the scalar component is 5 times more powerful than the physical frequency (transverse) component.  Let’s take the 60 Hz frequency generated by mains power, for example.  This is the power your outlets, appliances and wires in your home generate.  It is a steady, pulsed 60 Hz at all times, with no variance.  When a living organism is exposed to one repetitive frequency for a long enough time, the scalar component of this single frequency will hit the body’s cells in the same way, over and over, like a hammer banging on the same spot repeatedly.  Over time, with the hammer, the spot being hit is going to break down.  When one frequency hits the DNA of the cells in the same way over a long time, this will cause DNA damage.

The measurable, transverse wave of the EMF is only a small part of the problem.  The scalar component of the EMF, the invisible counterpart that can’t be picked up on a meter, is a much bigger problem, and you can’t block that.  There are many products that are advertised to block EMFs, and therefore keep you safe.  These products include Faraday cages, special types of metallic paint, pendants, pyramids, and more.  Their tests to show you that it ‘works’ are simply using an EMF meter to show you that the device blocks or reduces the measurable frequency in a certain area.  These studies focus on the wrong problem – the physical frequency itself.  They don’t take the far more powerful scalar component into account at all.  Nothing will block that, not even the thickest Faraday cage you can find.  Therefore, you can’t actually shield from EMF, because the scalar / informational component of the EMF still gets through. You can read more on why you can’t block EMF here

The only studies that can prove that a device actually protects you from the harmful effects of EMFs would be solely focused on the results on living organisms – measuring changes in their health and vitality.

Scalar carrier waves are a key component to the effectiveness of HSC devices.  The HSC Protecting Smart Cards delivers a complex multiple waveform algorithm of frequency on a scalar carrier wave, which are modeled after the known patterns of nature, including the Phi ratio and Fibonacci as well as complex mathematical equations.  The frequency are all within the human responsive range, which are frequency range that are shown to affect living organisms in beneficial ways.

This scalar wave carrying natural, coherent frequency does not actually block the EMFs in our environment.  If it did, our phones and electrical appliances would cease to function.  It simply produces a competing field that’s high-powered enough for our bodies to “hear” over the incoherent EMFs, and harmonious and natural so our bodies will “tune in to that radio station”, so to speak!  The manmade EMFs can continue to run in the background, nothing changed, but all living organisms in the range of the HSC will have adapted to “listen” to the HSC frequencies instead of the other.

The old days of using high voltage and coils to produce scalar waves are over. HSC has innovated what is possible in regards to scalar energy and how it positively effects living organisms.

HSC studies have focused entirely on its effects on the health of living organisms – the only results that truly matter.

We believe that scalar energy science is something we will all be seeing much more of in the future, and it’s a major key to the technological innovations of the future with a wide expanse of applications – especially in the realms of energy production, physical healing, environmental cleanup, and space travel.  For decades now, books, movies and other media have been portraying futuristic technological abilities as an inevitable progression for mankind, and the evidence of scalar playing a big part in this advancement is strong!

We are in a time period currently where most technology is not compatible with the health of living organisms on this planet.  This is unsustainable, especially as technology becomes more prevalent and takes up ever increasing space in people’s lives.  We need to be thinking about how to merge technological innovations with the health of our bodies and minds.  If we don’t, our technology will eventually end up being our downfall.

We use HSC technology as a link to this imagined sustainable future, to protect our health and ride through this present time where chronic illness is increasing at alarming rates, much of it seeming to be linked to harmful EMFs.  We feel optimistic about humanity’s future enlightenment towards sustainable living, and are choosing to keep ourselves as healthy and vital as possible during the often rough road to this future. 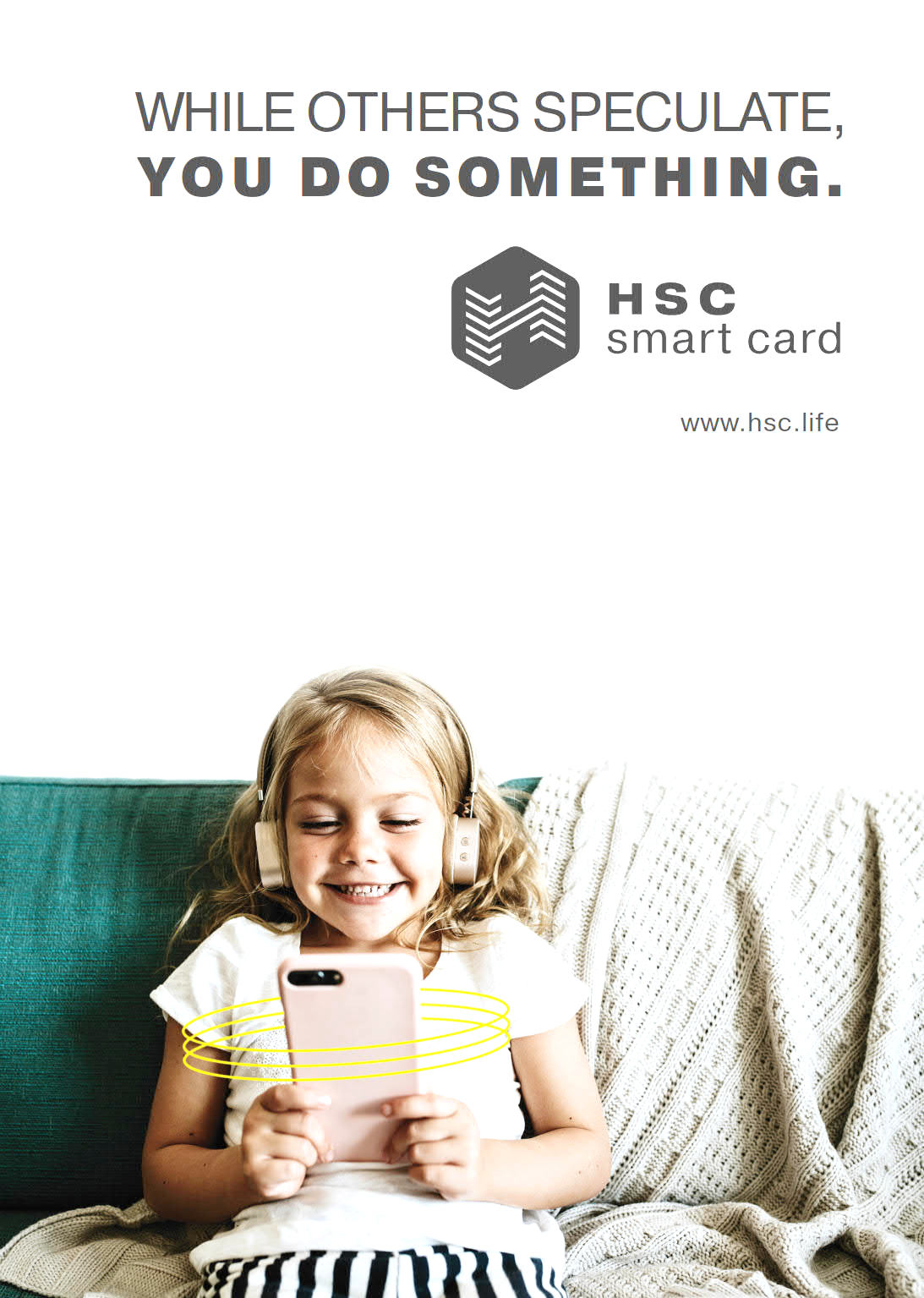 Back to Blog
Tags: